You twirl and giggle
The 3 of you stop my heart

Looking back, the night that haunts me the most
Was a clear night on a playground
I was in a black skirt, running around
Looking back to see him strolling casually behind me

She’s never in a good mood in the mornings
And she has a smile for different occasions
Sometimes she’ll let you get a glimpse of the woman she’ll become
But one thing is for, her moral compass is strong
She’s the better version of me
But she still has so much to learn
There’s so much she’s got to know
Before she makes her choice

My face starts to get wet
But its not my tears
Its his, falling on me
I see the green in his eyes
The only time I see it is when I’m so close I could kiss him
Those eyes, see straight to my soul
Calling me back to the living

But the woman I’ve become
The girl I once was, will never be that age again

Wishing you the best

You crumble into dust before my eyes
You show all the things to me
While telling me to shield my own
They’re too young, they need to be sheltered

Where was my shelter?

Where was my childhood?

I’m not a victim

There’s another break in the mirrored armor I wear

Another print out of results, telling me that I didn’t cling to anyone
So everyone thought I was okay, not broken just okay

There’s another chip in that mirrored armor I wear

I didn’t cry enough, to be cuddled
I didn’t speak but it was okay because children are suppose to be seen and not heard

Now it hangs as a reminder of my personal hell

My silence was just another scar on my mirrored armor, everyone thought I was ok

There went elsewhere, they wanted to be needed and loved

Nothing left to see here

I emerged with lessons learned, brushing away the sadness
My silence is just another broken glass

The more time progresses
I can’t do it anymore

You tricked me or maybe I tricked myself too

Do you ever think of the woman you’re breaking?

But you’ll just pass her off as another diva

Scientists have proven that people can die of  a broken heart

She grew up, pig tails
Raising her hands to you
Wanting to be lift higher
Thought you were her own private Superman

Did you forget her?
Did you get too busy?

Does she really remind you too much of your ex-wife?
Is she really so bad that you can’t even call her?
Isn’t she half of you?
Do you even know her?

There was a time, she tried to get your attention
But you were always off, leaving her behind
A woman who hated the sight of her because she reminded her too much of you
The words that would strike her, and you were gone
Only a phone call away
An afterthought, you were trying to escape the hurt
But you couldn’t see past yourself
To see the little girl that needed your protection
The pain that little girl had to go through
But she was good at pitting you against her
Ladies should never be around a group of men
Children are suppose to be seen and not heard

She left it all behind

She became everything that you didn’t teach her

In that house, she didn’t learn about love
She saw hate, abuse, screaming and resentment
It killed her not to be embraced
There was no support once high school hit
No one thought she was going to graduate
She lost her grandfather and she couldn’t go
Because she was told that she’d have no where to live
She cried as she felt alienated
She just wanted to say goodbye
No one knew the pain

She didn’t even believe in herself

She learned to be the hero that she needed when she was younger
To show her kids how to not repeat the cycle
Show them that no matter how life is
Never forget to apologize, always keep your promises
Never lie because then you have to remember the lies
All that wasted time to be manipulative and hurtful

She won’t be the fool
She won’t fall back into losing the temper, the screams and the lies

Yesterday is filled with pain, ups and downs

You want episodes? You want Seasons
Honey I don’t have time for your tv sitcoms

One missed phone call, one missed meeting can change your whole world

One missed word out of a sentence can change everything

To the pot stirrers, the peekers, the stalkers that think they know me

So you can peek into my writing
You can follow me

You have no clue how it feels

Another day of being connected to another IV
Doctors standing over me
The pain of having to deal with shots, medications

But you think you know everything

12:08am another run to the emergency room

8:30am another run to another doctors appointment

1:05pm another run to another doctor’s appointment

2:34pm another run to another doctor’s appointment

You don’t even check in with me

You’re faced with your own immortality

You have no clue

To hold me in your arms

When my world burned
You concentrated on the friends I was surrounded by instead of my life
Slowly ticking by, you lost your shit
While I had to learn to depend on myself

Where were you when I needed my mom?

Show me how to navigate this world

A 13 year old me, who should have been concentrating on school
Trying to survive the world
Waiting for someone to save me
But no one came

So I picked myself up
Brushed myself off

You did your best, I’m proud of the woman you became.  I see your struggles.  I’m glad you made it.

You were told so many things when you were younger, you were accused of so many things when you were younger.  But you became so strong, so brave.  You’ll never get the apologies from the ones that tormented you.  But that’s ok, because the woman you are today is everything you needed to be.  Head up, you survived and have the life lessons to pass on and be the mother no one taught you how to be.  Be the good wife that no one taught you had to be.  The dreamer might be pushed down but the realist you have become is something that is awesome.  When no one else tells you, know that I am so proud of you.

Images R Not Mine 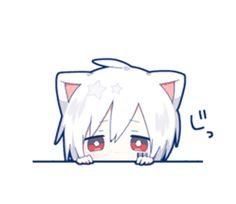 All Images Posted on these pages are not mine

I will give them the credit they deserve.

I do not like to steal and I do not have money just talk to me. Thank you

"My personality is basically a mix between a needy 5 year old, a rebellious teenager making bad life choices and a 80 year old woman whose tired and needs a nap." - Luna @bpdNymph I love so hard because I know how it feels to be loved so little Labels : : Gamer, Yarn Artist, DM, Hopeful Romantic

#borrowed paintbrushes because when you move, everything is packed in a box somewhere
To remind myself which way this painting should go 😂
Trying again #goawaydepression #anxiety
It's #therapeutic to just paint over one of the covid pieces I didn't like #artistintraining #atxlife
#crafting #happiness #atxlife #hotgluegun #shiny
#atxlife #artsymomentoftheday
Follow It's Time 2 Rise on WordPress.com 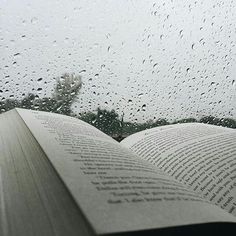 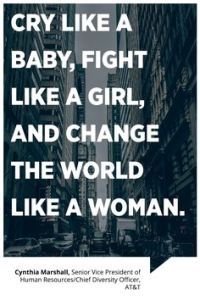